Update 2014-11-25: I have created an updated article on how to setup Apache and PHP in OS X Yosemite.

As I said everything you need should already be installed on your new Mavericks machine, so go ahead and and write the following in a Terminal window:

This will show you the installed version of Apache, which is Apache/2.2.24 on Mavericks. Start Apache with the following command: 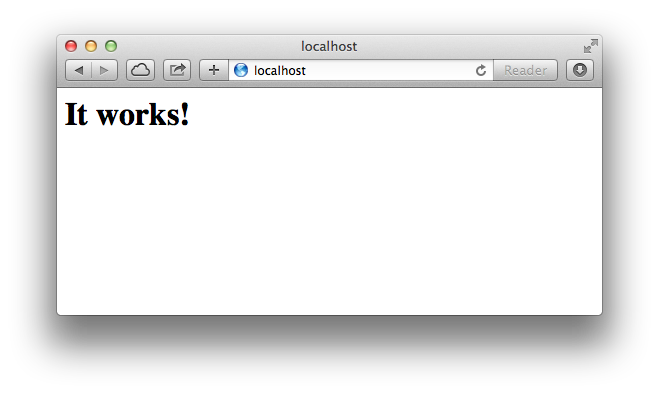 Now we want to enable PHP, so you can actually develop something. Mavericks comes with PHP 5.4.17, so now we need to turn it on:

Use CTRL+W to search within nano and search for “php”. Uncomment the first line you find (remove the #):

Press CTRL+O and then CTRL+X to save and exit. Restart Apache for the change to kick in:

Test it by opening http://localhost/~username/phpinfo.php in a browser. 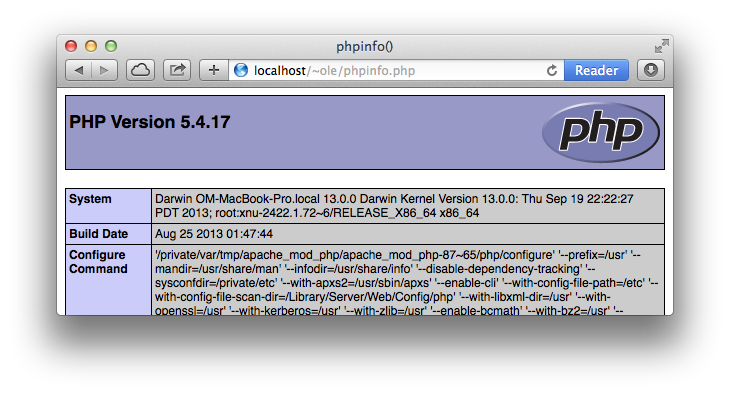 To test your site open http://localhost/~username/MyWebsite in a browser.

If you want to use custom hostnames for testing, check out my other article on how to setup Apache with Virtual Hosts.